Why some farmers are turning to pre-owned tractors 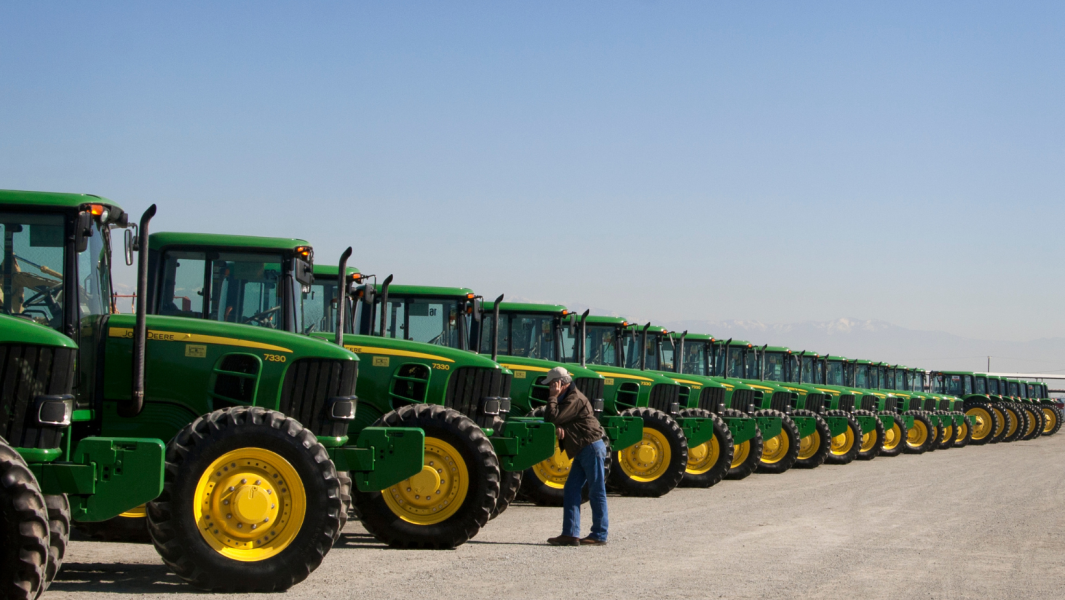 A range of problems, including weak commodity prices many years before the arrival of the COVID-19 pandemic, has contributed to the worldwide dearth of new tractors on the market. As a result, some farmers have had little choice but to turn to second-hand machines for their operations.

The past two years have seen a severe global shortage in the supply of new agricultural machinery, and its effects have been felt at every level of the value chain.

The reasons for the shortage are varied: COVID-19-related lockdowns, supply chain problems, a shortage of microchips (a problem that has affected many sectors) and weak commodity prices. Combined, they have produced a giant headache for manufacturers, dealers and farmers.

To take just one example, agricultural machinery manufacturer Case IH has been struggling to get a backlog of 1 000 tractors into South Africa, according to Arno du Plessis, head of tactical marketing and portfolio at CNH Industrial for Case IH.

“Farmers ordered these machines for the previous planting season and they still haven’t received them,” he explains.

The scale of this backlog can be gauged by the size of South Africa’s tractor market, which is a mere 7 000 units per year.

One of Du Plessis’s biggest concerns is the fact that there is only one freight-shipping per month from Europe and the US to South Africa. “

If you miss that one slot, you miss out.”

He adds that a shortage of parts has compounded the problem.

“In addition to electronic parts, it’s spares like tyres, rims and controllers. The microchip shortage isn’t the only issue; you can’t operate a tractor if it doesn’t have a seat.”

According to the Agrievolution Alliance, which represents more than 6 000 agricultural equipment manufacturers across the globe, approximately two million tractors are sold worldwide every year.

In November 2021, US-based publication Successful Farming wrote that the current machinery shortage “has been years in the making, with the stage already being set in 2013”.

Back then, the demand for new machinery collapsed due to declining agricultural commodity prices, to which machinery manufacturers responded by reducing production.

At the same time, dealers had problems of their own: a sudden abundance of used late-model machines traded in over the previous five years.

This move drew many farmers’ attention away from new machines and towards buying used ones instead, resulting in the further erosion of already sluggish sales.

All of these actions prompted players in the global farm equipment industry to slow their operations down even further, with new machinery being turned out only as required.

However, the landscape has changed in the recent past, and agricultural commodity prices are now booming. The knock-on effect has been an explosion in demand for new machinery, but manufacturers simply cannot keep up.

India and China accounted for the lion’s share of new tractor sales worldwide in 2021. These two markets also saw the biggest compound annual growth rates in machinery purchases at 8% and 7% respectively, with sales reaching a combined figure of 1,36 million units, according to market research company Mobility Foresights.

The company believes that by integrating advanced technologies such as telematics and GPS into farm machinery, sales of new tractors and other machinery will be boosted even more in the near future. Indian farmers, for example, are readily investing in tractors equipped with new technology, appreciating its obvious advantages.

During the first quarter of India’s 2021/22 financial year, that country recorded domestic tractor sales of 229 441 units. Despite the fact that sales were depressed due to COVID-19-related lockdowns, this figure was still nearly 39% higher year-on-year, according to Mobility Foresights.

The Indian government, under its Macro Management of Agricultural Schemes, is boosting this trend by offering farmers provisional subsidies for the purchase of new tractors equipped with new technology.

With the declaration of COVID-19 as a pandemic in 2020, commodity prices skyrocketed, and with it, cash-flush farmers’ demand for new equipment with the latest technology. The trouble, though, was that COVID-19 lockdowns saw tractor manufacturing come to a virtual standstill.

Du Plessis adds that South African farmers have not been able to view the latest machinery and equipment due to the cancellation of agricultural expos, where they make many of their purchasing decisions.

“These cancellations have definitely hurt our business, because farmers want to see tractors before buying them,” he points out.

Fortunately, as the effects of the pandemic slowly abate, manufacturers are starting to bring their backlogs under control.

Du Plessis estimates that supplies and trading will have normalised by September. used tractor boom

Recent years have seen an upturn in South Africa’s used tractor industry, but Du Plessis says this is more of a coincidence than a direct result of the machinery shortage crisis.

“While we’re waiting for our backlog to be filled, we’re lending [our clients] second-hand tractors.”

According to US-based technology news website The Verge, many US farmers are opting for second-hand tractors with simpler technology that they can repair themselves, rather than buy complex new machines with digital add-ons that require specialised equipment to maintain.

However, Van der Westhuizen says that this is not the case in South Africa. “In my experience, farmers will buy the best and latest technology they can afford, and at the moment they have the money [to do so].”

He adds that over the past seven or eight years, technology has been central to the development of all new tractors.

“Nowadays, all tractors have GPS [systems], except perhaps the small ones that are used for general farm tasks.”

Dr Jim Rankin, owner and chief executive of agricultural machinery specialist Agfacts, says there is no evidence to support the claim that farmers currently prefer used tractors over the latest models. “Different farmers might fancy different machines, but we need to be careful to not make assumptions.”

He says that while smaller-scale farmers might prefer less technologically advanced machines, most commercial producers favour machines that help them optimise the profitability of their farms.

Van der Westhuizen agrees: “In my experience, there are at least four different types of farmers in South Africa, each with their own purchasing habits [when it comes to machinery].”

First, there is the largest commercial farmer, who usually wants to buy the latest technology. This farmer buys the best, as it enables more economical farming, which in turn increases profits. Technology gives this farmer a competitive edge.

The second type is the combination farmer, who balances technology with price. This farmer isn’t yet operating at the optimal level of production, but has aspirations of doing so. Such a producer will buy a tractor to help the business grow and become a large commercial operation. Once this has been achieved, this farmer will also try to obtain the best technology available.

The third type of farmer is the smaller commercial producer. Here, price carries more weight than performance. This farmer still wants access to technology, but at the right price.

The fourth type is the small-scale farmer who only has need for a basic tractor, as this is cheaper to buy, run and maintain.

All these farmers nonetheless have one thing in common, says Van der Westhuizen: they prefer to buy a new tractor. “I’ve never heard a farmer say he or she would rather buy [a used tractor].”