What do the ANC’s policy discussion papers say about agriculture and land reform? 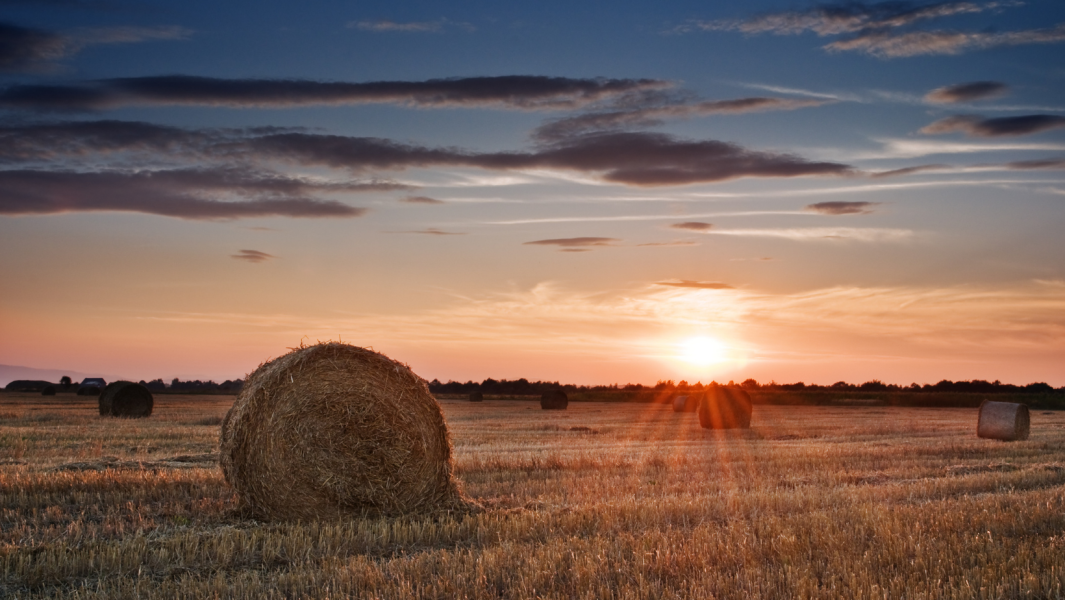 There is an increased appreciation within South Africa’s policy discourse of agriculture and agribusiness’ contribution to economic growth, job creation, and the potential for further expansion.

We saw this with the launch of the Agriculture and Agro-processing Master Plan and the budget vote speech of the Minister of Agriculture, Land Reform and Rural Development, emphasising the potential for growth in this sector. This past week, the governing African National Congress (ANC) released its policy discussion papers, which form a basis for discussion at the ANC’s Policy Conference in preparation for the December Elective Conference. In the document’s foreword, President Cyril Ramaphosa writes that the papers outline the ANC’s “strategic approach to policies and how it shapes and impacts our transformation agenda.” Broadly, the approach the documents take on the economics sections doesn’t deviate much from the master plans and the Economic Reconstruction and Recovery Plan and prioritises social compacting.

The ANC acknowledges that “agriculture remains an important sector of the South African economy. It holds the potential to uplift many poor South Africans out of poverty through increased food production, vibrant economic activity, and job creation.” The insights from the academic work of Luc Christiaensen and Will Martin first published in World Development in 2018, which found that, on average, growth in agriculture is more poverty-reducing than an equivalent amount of growth outside agriculture is well articulated in the policy papers. This brings home the core of the discussion, which is the need to invest and expand agricultural production if South Africa is to reduce the ravaging poverty and slow economic growth, specifically in the rural communities.

The papers further acknowledge that the growth of the agricultural sector partly depends on effective land reform, explicitly bringing into production the underutilised land. Here, the emphasis is on the Land Reform and Agricultural Development Agency, first announced by President Ramaphosa in 2020 and more recently in the State of the Nation Address in 2022. The details of this agency are yet to be clear, and we expect the Minister of Agriculture, Land Reform and Rural Development to announce it before the end of June 2022, as was noted in the State of the Nation Address by the president earlier in the year.

What we also found important in the policy papers is the emphasis on the need to boost the municipality’s functioning and the network industries – road, rail, water, electricity and ports. These are issues that we, at Agbiz, have emphasised several times. The papers note that “a few critical preconditions need to be in place to advance transformation and support growth in the agricultural sector, which the ANC will prioritise. These include a comprehensive, sufficient, and well-maintained infrastructure, including electricity, water, roads, rail and ports, and the well-functioning local municipalities with reliable service delivery.” These are core challenges that agribusinesses and farming businesses currently face. If they could be addressed efficiently and speedily, along with the release of state land to properly selected beneficiaries, there could be an improvement in agricultural production and job creation. Various challenges the sector has faced in the recent past stem from the poor functioning of network industries and the failure of the municipalities.

The agriculture and land reform section of the discussion paper focuses on rural development, which is rightly acknowledged as multi-dimensional, encompassing the improved provision of services and opportunities, better infrastructure; social cohesion; and adequate government provision for the vulnerable groups in society. Here again, the challenge of deteriorating infrastructure remains a major hindrance, and if improved, along with municipality governance and service delivery, the rural economy would be vibrant. The agricultural sector, fishing, aquaculture, mining, and tourism are among the key industries that would function better with improved infrastructure and deliver the growth and job creation needed.

Overall, our assessment of these policy discussion papers, specifically the agriculture, land reform and rural development section, is that they are sound and speak to the core issues constraining growth in agriculture. However, we are disappointed that the “land donations” idea that was floated in the media a few weeks back doesn’t surface in the papers, as we believe that it would be an additional instrument to accelerate land reform. Perhaps, the Land Reform and Agricultural Development Agency will add this as one of its instruments even if it doesn’t feature in national policy discussions. Importantly, these are not final policies that the ANC has taken but rather some of the points to be discussed at the policy conference. We hope that this thoughtful approach to agriculture, land reform and rural development prevails during the policy conference. It presents a positive change from the ambiguous agriculture policy the ANC has maintained in the recent past and begins to address primary issues that would drive inclusive growth in the sector. Beyond the policy discussion, a lot will depend on the implementation, but it will take time of the ideas in these policy discussion papers to be debated, adopted as policy resolutions and then be translated into a government policy and a lot could change along the way. Nonetheless, we are encouraged by the tone of these policy discussion papers and the set of issues they focus on.

The big stories in the global media this past weekend, such as the cover story of The Economist magazine, were on the potential global food crisis. The effects of the Russia-Ukraine war on grains and oilseeds markets, along with the ban on exports of wheat and palm oil by India and Indonesia, respectively, added to the anxiety in the markets. Additionally, we are watching closely the concerns about the 2022/23 global grains and oilseeds supply amid dryness in parts of the US, and Europe, along with fears that higher fertiliser prices could prompt some farmers to reduce their usage and all that will have consequences for yields at the end of the season.

Within the African continent, which is typically a net importer of roughly US$80 billion of food and agricultural products a year, the challenge is severe. In the East Africa region, the conflict in regions of Ethiopia, for instance, had already displaced farmers and resulted in food insecurity worries. The drought in the region, leading to potentially poor harvest in Kenya, among other countries, was an additional pre-existing challenge which will now be exacerbated by the Russia-Ukraine war disruption on grains and oilseeds, along with fertiliser and fuel prices.

Here in South Africa, the picture is slightly different from most African countries, at least from the food availability perspective. We don’t foresee a shortage of food supplies. The major impact of the disruptions in global agricultural markets will mainly be through price transmissions. South Africa is generally a net exporter of food and agricultural products and has had sizable harvests in the past few years, with an expected good crop in the 2021/22 season. The primary major food staples the country imports are wheat, rice, palm oil and poultry products. From discussions with major importers of these products, we believe that the country has secured sufficient supplies to last for some time.

In the case of the domestic food prices, which are a major risk, the picture remains mixed within the food basket. For example, the data released by Statistics South Africa this past week showed that the country’s consumer food price inflation decelerated to 6,3% y/y in April 2022 from 6,6% y/y in the previous month. This is on the back of relatively softer price increases in meat; milk, eggs and cheese; and vegetables.

These data are roughly within our expectations, and the food products price variation will likely persist in the coming months. In other words, fruit; vegetables; milk, eggs and cheese; and to a lesser extent, meat, could see softer price increases in the coming months. Meanwhile, grain-related products and oils and fats could register notable price increases. This will mirror the price movements we are currently observing in the agricultural markets.

For example, since the war in Ukraine began and disrupted the global grains market, the agricultural commodity prices have increased significantly, with the FAO’s Global Food Price Index in April averaging 158 points, which is up 30% y/y, coming from a record high seen in March. But the recent ban on palm oil exports by Indonesia, the ban on wheat exports by India, and the expected lower wheat harvest in the 2022/23 production season had since added renewed upside pressures to agricultural commodity prices. These will likely reflect on the FAO’s Global Food Price Index update to be released on 03 June 2022. As interlinked to the global agricultural markets, South Africa has also experienced increased agricultural commodity prices. The resulting observation of these developments is a potential uptick in the cereals, and oil and fat products prices in the consumer food price inflation basket. The additional upside risk to the domestic market is also the rise in fuel prices.

In the case of fruits and vegetables, South Africa has a sizable harvest, and the disruption in fruit exports within the Black Sea region could also add downward pressure on domestic prices; hence we hold a generally favourable view of these product price directions for the coming months. The one essential product whose price trend remains uncertain is meat. The recent outbreaks of foot-and-mouth disease have led to the temporary closure of some key export markets for the red meat industry, thus adding downward pressure on prices. Conversely, there are fears of a potential increase in poultry product prices, which could lessen the benefit of softer red meat prices.

Overall, various factors in the food market all push in opposing directions in the short term. With that said, we believe that South Africa’s consumer food price inflation could average 6,0% y/y in 2022 (from 6,5% in 2021). The base effects, along with meat, fruits and vegetables, will likely provide a constructive price inflation path ahead.

In essence, South Africa has its fair share of challenges regarding food security, but the conditions here at home are not as dire as what is expected in some regions of the world. The story of “The coming food catastrophe”, as The Economist magazine puts it this week, might be a reality for many parts of the world, but we seem to be well cushioned against it, at least from a national level, in the near term. There are, of course, severe cases of food insecurity in South Africa, which are the results not only of higher food prices but the general absence of household income. This is a question of socio-economic policy, not merely agriculture and the food industry.

We start this week focusing on global data release; today, the United States Department of Agriculture (USDA) will publish its weekly US Crop Progress data. In the previous release, in the week of 15 May 2022, maize and soybean plantings were still behind the 2021 pace because of dryness in some regions of the US. For example, about 48% of the US maize hectares had been planted compared with 78% on 15 May 2021. Moreover, 30% of the soybeans had been planted compared with 58% in the corresponding period last year. On Thursday, the USDA will release the US Weekly Export Sales data.

Domestically, on Thursday, SAGIS will publish the Weekly Grain Trade data for the week of 20 May. In the previous release on 13 May, which was the second week of South Africa’s 2022/23 maize marketing year, the weekly exports amounted to 67 093 tonnes. The key markets were Taiwan, Portugal and the Southern Africa region. This brought the total 2022/23 exports at 130 340 tonnes out of the seasonal export forecast of 3,2 million tonnes. This is slightly down from 4,1 million tonnes the past season due to an expected reduction in the harvest.

Also on Thursday, Statistics South Africa will release the Producer Price Index (PPI) data for April 2022. In these data, we will focus on the food and agriculture categories.