Genetics-based guidelines for buying a bull at an auction 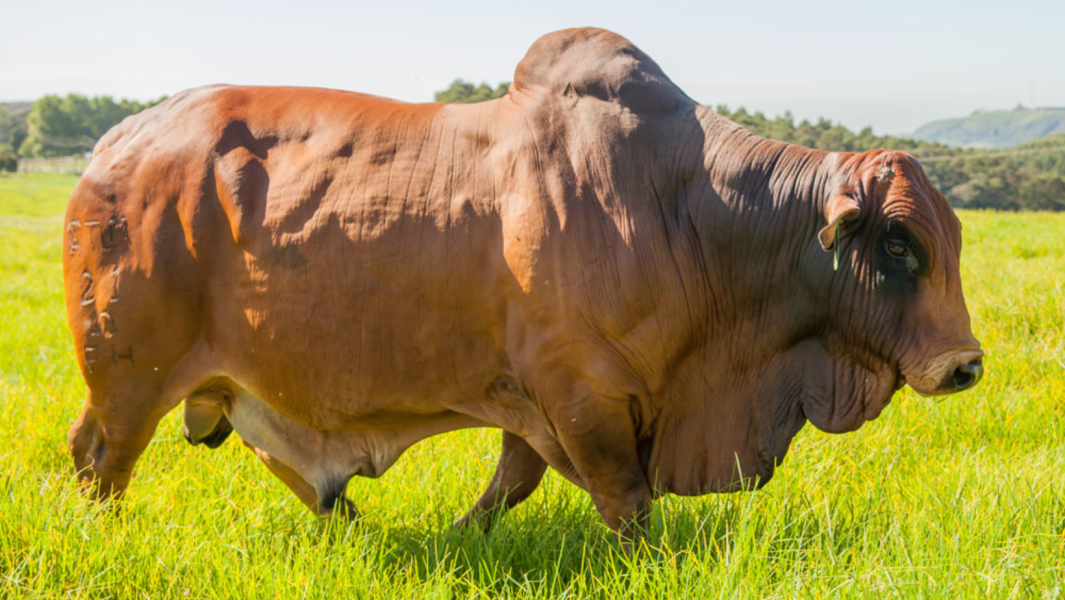 Frans Jordaan and Dr Ben Greyling, researchers at the Agricultural Research Council, write about the importance of choosing bulls based on breeding and performance indices, rather than their visual appearance.

The days of buying bulls based purely on their functional appearance are over. While functional efficiency is important, it is also crucial that the buyer does his or her homework regarding the genetic potential and merit of the bulls prior to the auction so as to be able to make an informed decision on the day of the auction.

Auction catalogues are, however, not always easy to interpret and can be challenging for commercial and stud breeders during the auction amidst a lot of activity going on and no time to waste between the lots on auction.

If breeders are knowledgeable regarding the interpretation of best linear unbiased prediction (BLUP) values, which depict an animal’s genetic potential, it can be a huge advantage in helping them meet their breeding objectives much quicker.

It needs to be asked whether breeders really understand these figures and the use of breeding values as a selection tool for choosing the best bull for their herds.

It will always be risky to buy a registered bull without breeding values, especially since a bull can have such a huge genetic impact on a cowherd. In addition to this, genetic improvement is a slow process and can only be achieved over generations.

This implies that the wrong choice of bull can be so detrimental to your herd that it can be costly to recover from the damage caused and will be a setback to achieving your breeding goals.

Always keep in mind that genetic change is easy to bring about, but to accomplish it in a positive direction (improvement in weaning weights and breeding values, for example) is much more difficult to achieve. If a stud breeder succeeds in achieving genetic improvement, it will also be of benefit to commercial beef producers by enabling them to increase profitability in their enterprises.

Often, experienced breeders will say that they are quite familiar with certain breeding lines and bulls in the breed and that they can recognise the qualities they want in a bull.

However, variation within a breed is also a reality; frame type, for instance, can differ within a breed, and bulls at a younger age that are still in a developing phase can make visual selection quite challenging. Also, keep in mind that the visual appearance of an animal is not just the result of breeding, but a combination of breeding (genetics), management and feeding.

It is also important to note that good genetics can be hidden with poor feeding and bad genetics with good feeding. Although functional efficiency will also always be important, the wrong choice of bull can have a negative effect that may only be discovered after one generation or, in some cases, even later in the production cycle of a calf crop.

A phenotypic wean index of above 100 is really no guarantee of good genetic material. It only implies that the animal gave an above-average performance within his own contemporary group. The genetic quality of the group will determine the level of genetics.

The following are factors to consider when choosing a bull for your operation:

The breed average of the specific breed should rather be a benchmark of whether or not the bull is better or worse than the average animal in that breed for a specific trait, such as wean direct. It is important for commercial farmers to be aware of this so they do not make this mistake regarding different breeds.

There is good news for commercial beef producers who are familiar with indices. Breeding value indices also appear on some of the breed’s auction catalogues and can be interpreted as ‘normal’ indices, such as phenotypic wean indices.

Obviously, the commercial breeder will focus more on growth traits because this is of more economic value to him/her, but the stud breeder can also ensure that other traits of importance are captured in young potential breeding animals, which will ultimately be to the benefit of the commercial breeder. Reproduction, the most important trait when it comes to genetic selection, should already be captured in the young bull’s genetic ability and be to the benefit of the bull buyer.

If the buyer interprets breeding values correctly, the following selection decisions are possible:

A bull should breed smaller calves at birth, but not too small! A calf that is too small at birth will also end up as a small, undesirable calf at wean because of the high correlation between birth-, wean- and year-old weights. The ideal bull for replacement heifers will be above breed average for wean direct and maternal traits.

Beef breeders are primarily meat producers, and post-wean growth will always be important, especially to feedlots. It is therefore important for a breeding bull to be at least on breed average for growth traits such as weight at weaning, one year and 18 months.

But be cautious to select for extreme breeding values for post-wean weights. Weight at 18 months is also an indication of mature weight, and if selection on growth is the only priority, the result will be bigger cows with higher maintenance requirements. If a poor or extensive environment cannot support these bigger-framed animals, it will have a negative influence on calving percentage.

The feed-conversion-ratio breeding value is also important for feedlots, and a smaller value or below breed average value is more desirable, as in the case of the phenotypic feed conversion ratio value.

The less feed needed to increase live body weight by 1kg, the more efficient the animal is in a feedlot environment. Feed conversion ratio is a combination of two traits, namely growth rate and feed intake, and is an indication of how efficiently the animal can transform feed into meat.

To improve reproduction or the fertility of your herd, always keep the reproduction statistics of the bull’s dam in mind. In addition to this, the scrotal circumference breeding value of the bull has to be on or above breed average.