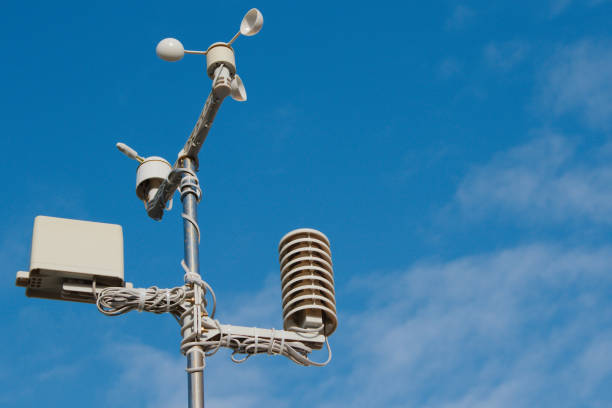 The Agricultural Research Council’s (ARC) automatic weather station network (see map below) recorded exceptionally high rainfall totals over a large part of the summer-grain production region between November 2021 and early January this year. Large parts of the summer-grain production region received in excess of 400 mm during this relatively short period. 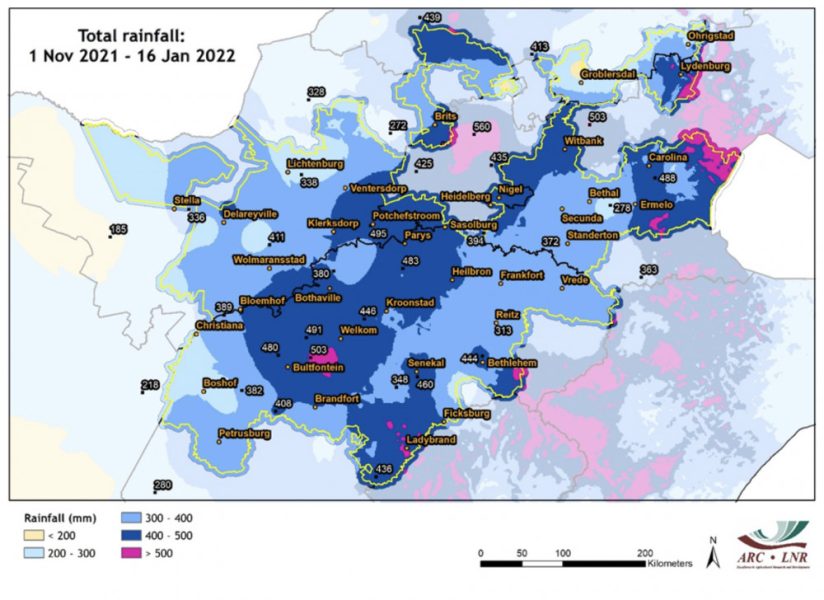 The Agricultural Research Council’s Agro-Climate Network, comprising over 500 automatic weather stations situated across the country, enables Agrometeorology researchers to monitor and study the effects of weather events on South Africa’s agricultural activities. The areas of expertise include various aspects of climatic effects on agriculture which, coupled with the long-term climate database (dating back nearly 100 years) housed at the ARC-Natural Resources and Engineering – Soil, Climate and Water, allows the ARC to conduct rapid and comprehensive research into all types of related occurrences.

At some of the locations in the western half of the Free State province, the rainfall recorded by the network during this period represents their average annual total. These are exceptional rainfall totals for such a relatively short period. The accompanying cool and cloudy conditions also resulted in significantly lower than average heat units and solar radiation, suppressing the development of planted crops. While the timing of rainfall initially allowed most farmers to plant at least within a week of the optimal planting window, the copious amounts of rainfall and extended cool, cloudy spells resulted in damage related directly to water or due to the widespread occurrence of fungal pathogens and the inability to employ crop management options due to inaccessibility of certain fields.

The Crop Estimates Committee, of which the ARC forms part, will have its regular monthly meetings in late January and late February during which the impact of the extreme wet conditions will become much clearer. The consensus currently is that significant damage was done in many areas, especially over the northern to western Free State. While grain crops incurred widespread damage, impacts on crops during wet conditions are highly variable, unlike during drought conditions when impacts are negative throughout most of the region. Therefore, given the favourable conditions for planting earlier, together with large areas that will benefit from the wet conditions, production of white and yellow maize together with other grains this year is still expected to be above normal, even though significantly less than the earlier expectations, and probably lower than during the 2020/21 summer which resulted in a surplus of about 3 million tonnes of maize as we enter 2022.

Historically, following such extreme wet conditions in early summer, it is typical to witness a drying trend during the second half of summer. In some years, drier conditions from late January following a very wet early summer even result in additional damage. At this stage, a continuation of very wet conditions is seen as the biggest threat to production over the entire summer-grain production region. However, notwithstanding the expectations of wetter than normal conditions during the remainder of summer 2021/22 according to seasonal forecasts, the medium term outlook currently favours a return to near-normal rainfall and even below-normal rainfall, coupled with more sunshine, for the remainder of January and early February 2022. Therefore, while the damage has been done in some areas, there are indications that further water damage is unlikely in the short- to medium-term given the expected weather during the next two weeks.

The uncertain duration of the expected drier conditions, a possible return to a wet pattern with lower temperatures towards the latter part of the rainy season and possible locust outbreaks are, amongst others, aspects that can still impact the overall yield as we progress through the current production period.